From Robotics to Big Data, What the Future Holds for Manufacturing
Karl Rosenblum, Head of Global Capacity and Risk Strategy, Alcon

The typical CIOs find themselves constantly pulled in two directions. Typically, their first obligation is to provide robust systems of record to serve the operations of their business. By definition, that requires a deliberate, risk-averse approach. For each new system put in place, they have to go through a rigorous set of tests and checks before it becomes operational. This requires multi-year rollouts and a cautious, resources heavy approach to new systems to avoid the nightmare scenario of a system of record failing.

Unfortunately, not all members of the business share this perspective. Other members of the C-suite see a rapidly evolving marketplace for their product, and technological developments that move at a breakneck pace. They look to the CIO to produce the systems that will allow them to keep up with these developments, and wonder why the CIO is so often not on the same page. To take one example of many: a typical provisioning of a virtual server at an enterprise with 10,000 or more employees could take several days. Amazon Web Services, by contrast, can spin up the same capacity in a matter of minutes and a single flash of a credit card—but only if the enterprise is willing to hand over vital systems to a third party at such short notice.

Robotics and automation can offer one potential solution to this conundrum. Effort-heavy internal processes such as accounting, supply chain management or human resources are natural candidates to be replaced by streamlined, efficient automated processes. In this way, a CIO can leverage robotics to deliver immediate impact to the bottom line. However, when you probe deeper, this type of robotics brings its own set of headaches for the CIO.

Robotic Process Automation can deliver replication of human effort—a key benefit from an efficiency standpoint. Although, the CIO must deal with an immediate list of follow-up questions to ensure that the systems of record remain robust. Will the automation of thousands or even hundreds of thousands of processes be carried out in a compliant fashion? Does the company have the staffing resources and expertise to maintain the automated systems in such a way that they deliver in a consistent fashion? Most importantly, is the new system scalable? CIOs have to think in multi-year increments, and a system with a simple, defined niche within an organization, which cannot be scaled up is going to have a limited shelf-life.

Fundamentally, many of these issues stem from a single drawback in robotic process automation: the impulse to automate by simply replacing human effort with software that emulates individual people’s activities on a physical or virtual desktop computer. This approach is leading to a decentralized system based around multiple individual different user interfaces. Decentralization inherently brings with it instability because the typical user interface can vary from person to person, system to system and is subjected to important changes overnight. Hence, robotic process automation, which uses this approach, is creating a large amount of custom code for robotization, which later has to be maintained by an appropriate large number of technically skilled people within the customer organization.

A smarter approach is to start with the process you want to automate. If you remove the human experience from the initial task, the natural solution is to centralize your systems in a single solution rather than disperse it through multiple user interfaces. This centralized approach gives the CIO much greater control and flexibility. If you robotize from the process up, the logical starting point is the API rather than the user interface. Due to the fact that APIs provide standardized and supported capabilities, the robotic process automation solution of choice ideally integrates and already supports those APIs to ensure highest level of robustness and scalability. In terms of compliance, you have a secure environment in which you design robotized processes that can then be applied in the enterprise in a standardized fashion. Most importantly, you are able to scale with ease: once you begin automation in one area of the business, you can then apply the same principles elsewhere, allowing automation to become an incremental, iterative process.

But scalability is not only relevant in terms of supporting different processes, but equally important in terms of supporting a global company with robotic process automation. To take one case study, one major European life sciences company undertook the automation of key portions of its finance division. This began its automation process by robotizing 19 processes in three business groups, comprising 60 legal entities. Following a successful first phase, they then proceeded with a second phase, which involved migrating an additional six business groups, with a total scope of 130 legal entities. By the time the process was complete, they had achieved an automation rate of almost 90 percent, and had reduced their financial close process from over two weeks to just three days.

Looking at that final setup, just the robotized close process already involves about 485,000 single activities in total of which about 435,000 are robotized. Considering that all these activities are completed by the robotic process automation solution within a timeframe of 3 days, the organization at peak times would need at least 1,000 employees or employee equivalent robots to achieve the same scale. Therefore, thinking of such large scale realities should definitely be part of the key considerations when thinking of how to use and leverage robotic process automation.

Robotic systems are here to stay, and will unquestionably have a direct impact on the role of the CIO. CIOs have an opportunity to leverage this trend to step up their strategic contribution to their businesses. To do so requires more than just openness to new technologies. CIOs need to develop new skills and increase the agility of their organizations. Above all else, they must have the imagination to focus on what the systems of record achieve, rather than the systems themselves.

Previous Next
Tweets by CIOApplications 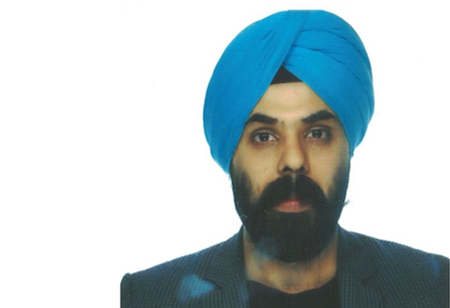 Digitization of the task management

RPA 2.0-Top 5 Contributors for Accelerating the Transformation of Large Enterprises

Moving to Agile Manufacturing of Composites